Q&A with Thomas Cathcart, author of There Is No God and Mary Is His Mother 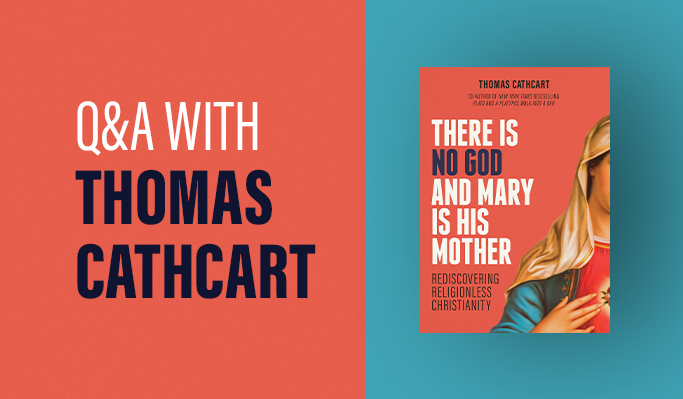 Thomas Cathcart, author of There Is No God and Mary Is His Mother discusses how his new book breaks away from his previous work and the origin of the phrase "religionless Christianity."

Most of your previous work has focused on philosophy and humor, how do those themes animate this new, more theological book?

When “Plato and a Platypus Walk into a Bar” came out, we discovered that many readers were as interested in the philosophy as they were in the jokes. That said to me that if you could translate the impenetrable prose of philosophy into more ordinary language and even add a bit of wit, there was a ready audience. Much professional theology is every bit as convoluted as philosophy, and even though this book is more serious, I’ve tried to make it as accessible and engaging as possible.


The phrase was coined by Dietrich Bonhoeffer in 1945 to express his astonishment that most Christian religious institutions in Germany offered little or no resistance to the Nazis. In response to that failure, he was searching for a way to make the gospel come alive and make a difference in the world. Unfortunately, he was executed before he was able to fully come to terms with the problem.

Many now feel, as I do, that the “religious” expressions of Christianity—doctrine, individual piety, church life—have lost much of their power and we need to find a new way to integrate the secular and the spiritual.

This book is a call for a more “existential” Christianity, for Christianity as a means of interior transformation to navigate exterior anxieties. How is this vision (or version) different from what we might call “traditional” or “doctrinal” Christianity?

Beliefs, doctrines, and traditions are probably necessary as a way for the church to differentiate itself from “the world.”  But it is vital to the life of the church that she be always fully grounded in the Spirit “that blows where it chooses” and always be responsive to the real anxieties that have drawn people to her. A purely “religious” Christianity is a dying Christianity, as the decline of the contemporary church demonstrates.

What kind of reader did you have in mind as you wrote this book?


It’s my sense that there are many people both inside and outside the church who yearn for some sort of spiritual renewal but are not finding it in the church—not finding it in the “beliefs” and piety and abstract moralism or even in the community of fellow churchgoers. I am one of those people, and I think there are a lot more like me. I hope that some will find this book to be a thought-provoking first step in a long conversation about that renewal. 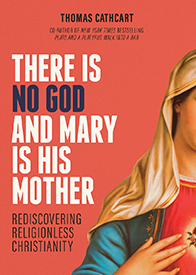 Click here to learn more about There Is No God and Mary Is His Mother: Rediscovering Religionless Christianity by Thomas Cathcart.

Thomas Cathcart is the author or coauthor of six books, including the New York Times bestseller Plato and a Platypus Walk into a Bar (2007). He has been a professor, a hospital administrator, a social worker with inner-city gangs, a hospice director for patients with HIV/AIDS, and a lay leader in many congregations. He lives in upstate New York.